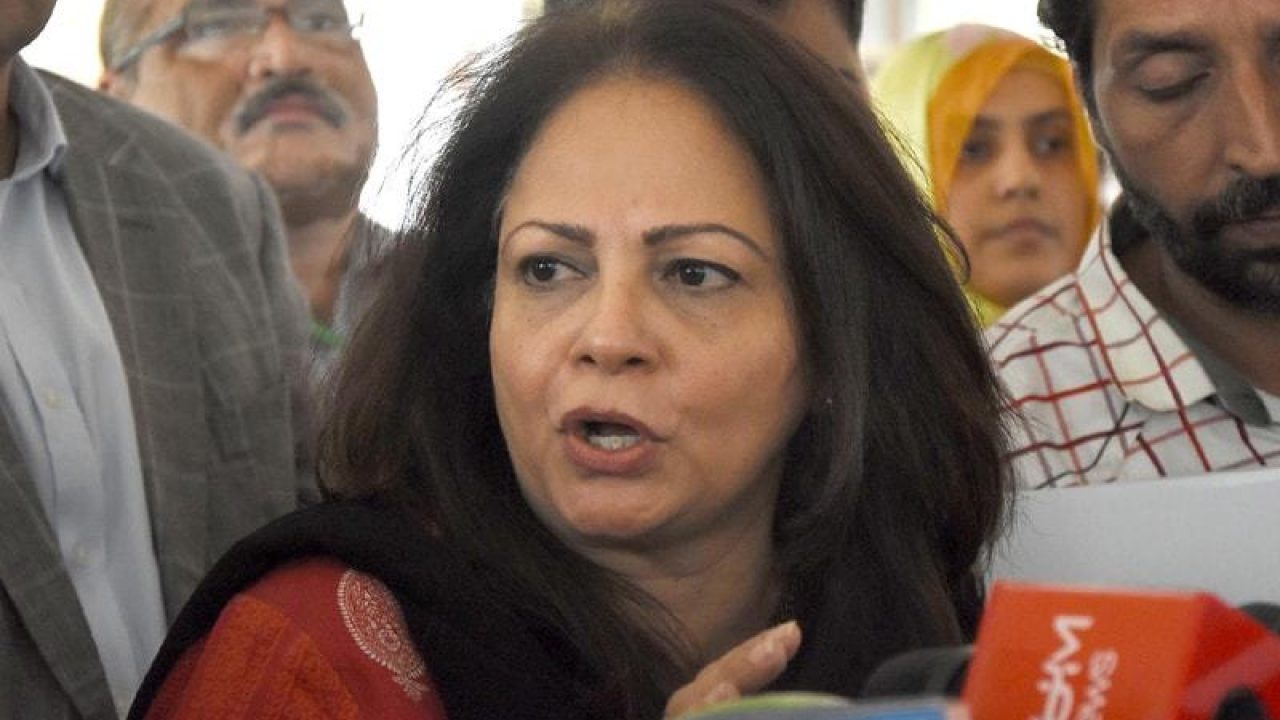 ISLAMABAD: Minister of State for Finance and Revenue Dr Aisha Ghous Pasha on Thursday urged Pakistan Tehreek-e-Insaf (PTI) to sign a charter of economy with the government, setting aside political differences for sustainable economic growth on a long term basis.
Responding to Calling Attention Motion moved by former Finance Minister Shaukat Tarin in the Senate, she said Pakistan Tehreek-e-Insaf (PTI) should shun politicking on the economy and help the government to make tough decisions for reviving the economy.  Without introducing reforms the country’s economy could not be put on the right track.
She said the interests of the country should be kept supreme instead of political point scoring.
“Pakistan has not endured such a tough time. PTI and other governments were responsible for this anomaly,” she said, adding that structural reforms were not possible without cooperation of the opposition.
She said the benefits of painful decisions would be reaped by low income people in future.
Dr Pasha said the government wanted to introduce structural reforms and time was appropriate to put the country on the right path instead of politicking.
She lamented that the people nothing knew about economy criticise government’s economic policies without having know how about actual situation.
The government has already started taking tough decisions as we have to save the marginalised section of the people, she added.
She said the government has increased petroleum product prices and also sanctioned a subsidy of Rs 2,000 per month to over 14 million low income people to save them from impacts of inflation.
She said positive impacts of tough decisions have already started pouring in.
Economy, Stock market were on a recovery path. Value of the rupee has also started appreciating as compared to the US dollar. Wheat and sugar prices have been curtailed in the Utility Stores, sh.
She said that due to the deteriorating economic crisis, the government has left only the option to hold talks with the IMF. The loss of  credibility was being re-established, adding that the talks with the IMF were going in the right direction and expressed the hope that both would reach the decision.
About buying cheap Russian Oil, she said PTI has not provided any evidence of talks with Russia for oil. Government was weighing options on how to make headway in this regard.
She said the PTI government has doubled our  subsidy on petroleum product prices, which triggered an unbearable burden on the national exchequer – unprecedented in history. PTI had also violated agreements inked with the IMF. Power sector circular debt was touching Rs 4 trillion mark.
The house was adjourned till Friday morning due to lack of quorum pointed out by Senator Mohsin Aziz.